When Skipping Through the Grass at the Park Has a Purpose

Skipping Through the Grass at the Park

If your kids go to DCPS, you’re probably used to a school calendar which requires you to confirm daily if there is school that day. They have made the school year real light on 5-day weeks. The kids were off this past Friday and Monday. Next week they are off Monday and Tuesday. Then a week or two after that here comes February break. Good lord. I’d rather have an extra week in the summer and get rid of all these stupid throwaway days, but when you have idiots at the helm, this is what you’re left dealing with.

Word on the street is the unsurprising news that “professional development” days for the teachers are a solid joke.

DCPS already released the proposed calendars for the next few years and the school year pretty much goes into July now. Total bullshit. But I read the comments on the survey and no one is happy about that. I know two blonde children who will not be attending school in the last week of June.

We had some things to do in Atlanta so we packed a whole hell of a lot into two days. But first, we had to fly there.

The kids had not been on a plane before. One of the girls was very nervous and was clutching to me like a leech. The other? Well…

I have my own anxiety with flying so I was trying to hold it together as best as I could for Princess Roundhead. Every time she asked “What’s that noise” and I wanted to say, “Didn’t you watch the Twilight Zone where the monster is ripping the wing off the plane?” I held my tongue.

Once we landed, we went to check on the condo renovations and then the girls had a romp around Piedmont Park. Chubs exited the playground and started skipping through the grass in a giant circle with this huge smile on her face. Real Estate Dad and I were sitting on a bench saying, “That girl loves her life.”

She came over to us and announced, “I was tooting!”

We managed to see friends, went to the Ponce City Market, the Georgia Aquarium and ate in Cabbagetown – a place I’ve been obsessed with since I lived in Atlanta 20 years ago. It’s come a long way and I saw a house I got incredible inspiration from. I love the color blue, and someone actually painted their house like a paint swatch. I stopped the car to get a picture it was so dang cute. And a visit to Atlanta isn’t complete without a stop at Holly’s crazy house of dogs. She’s got 16 in there now. Real Estate Dad said, “I know you aspire to have that many dogs.” Well, maybe not 16. But 15 would be good! 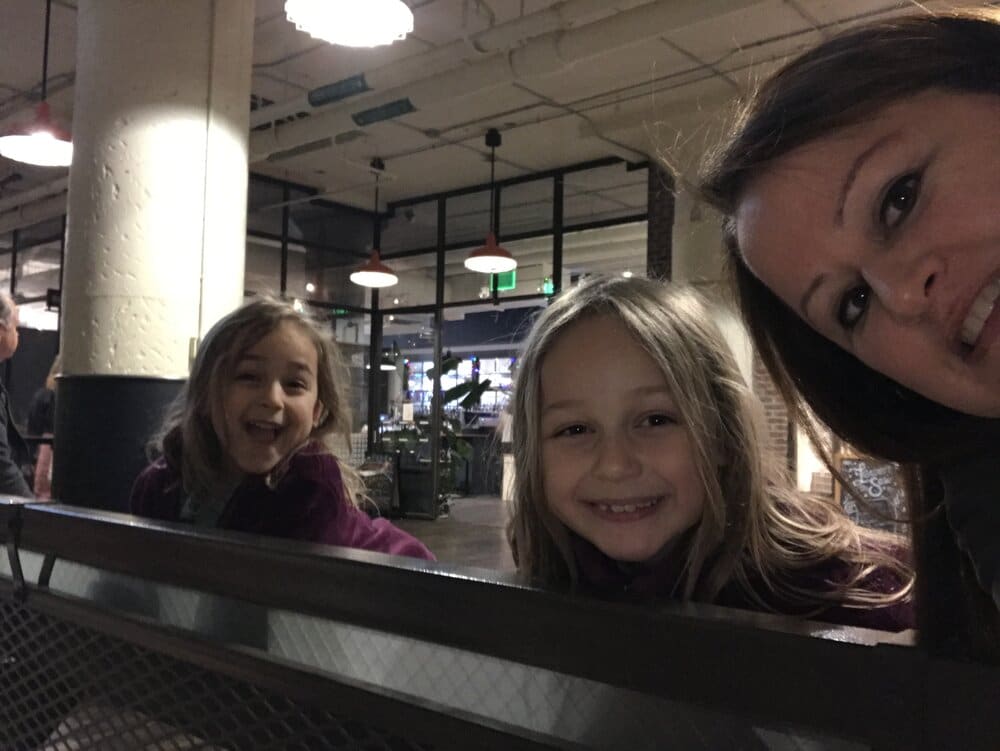 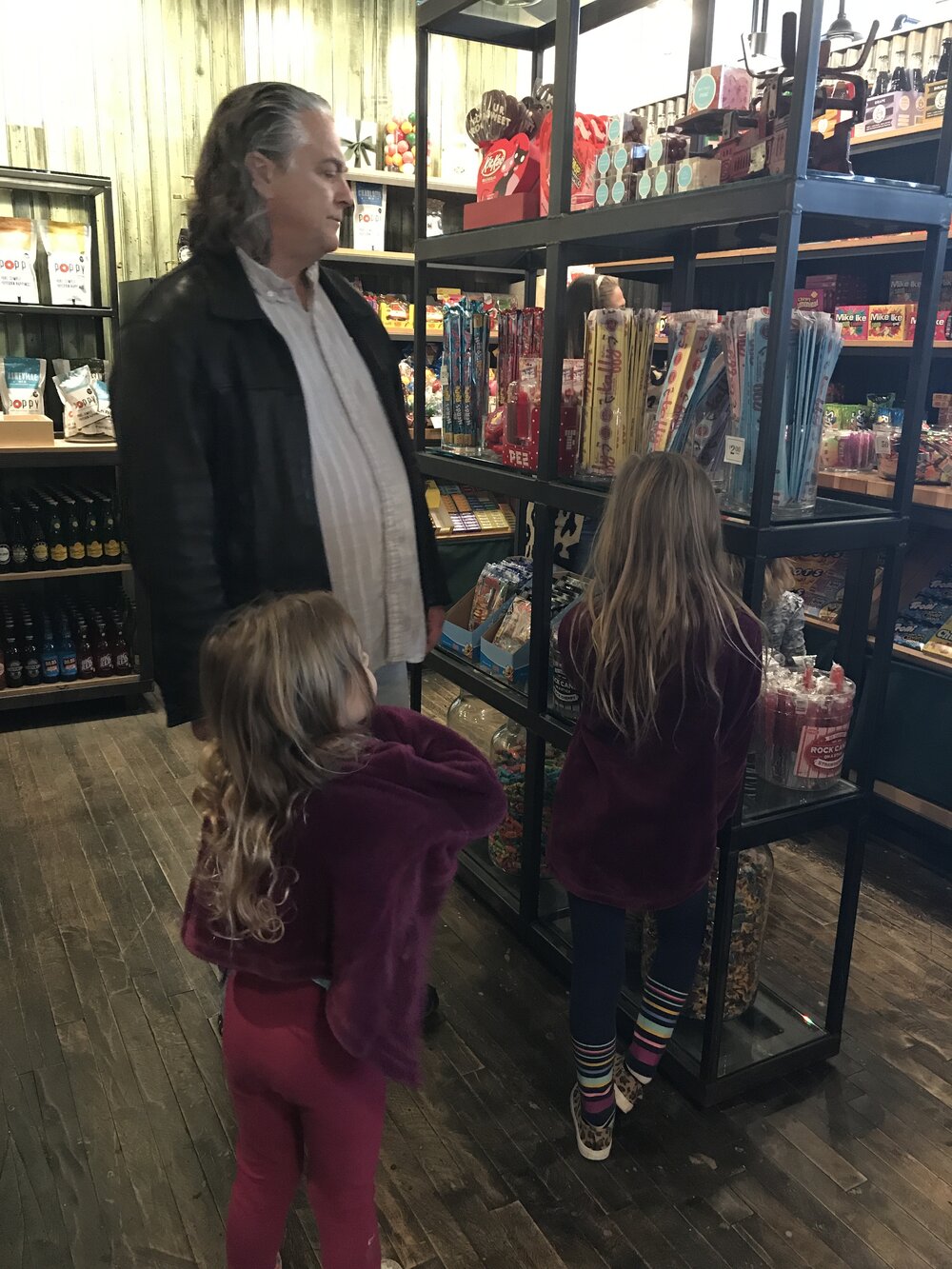 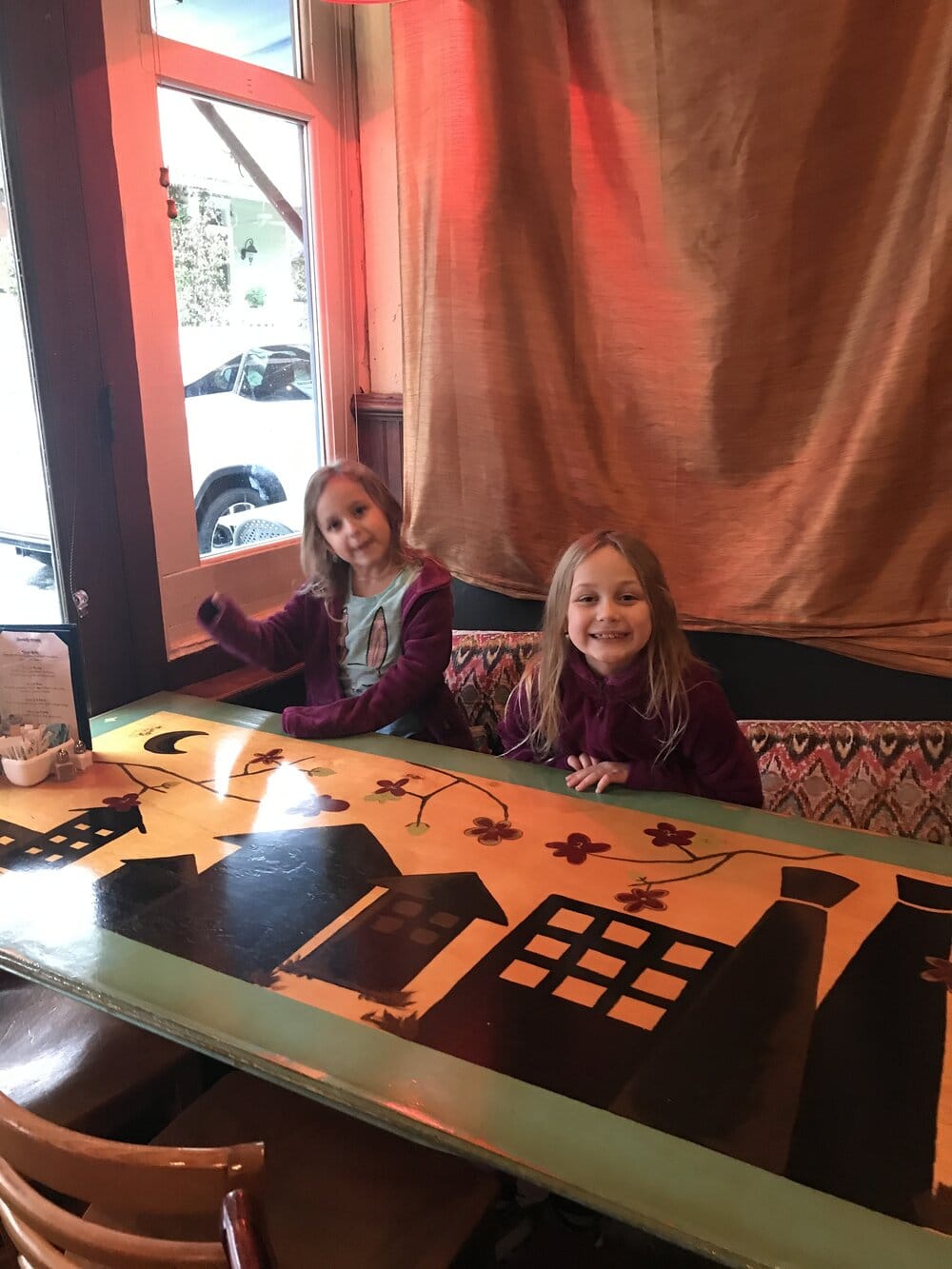 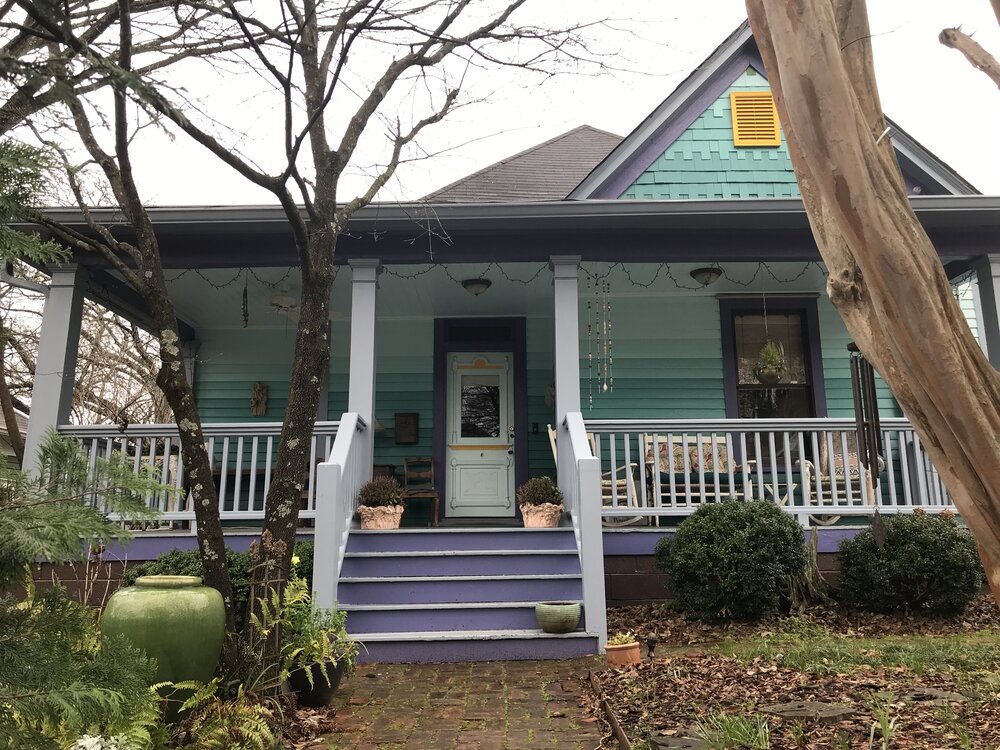 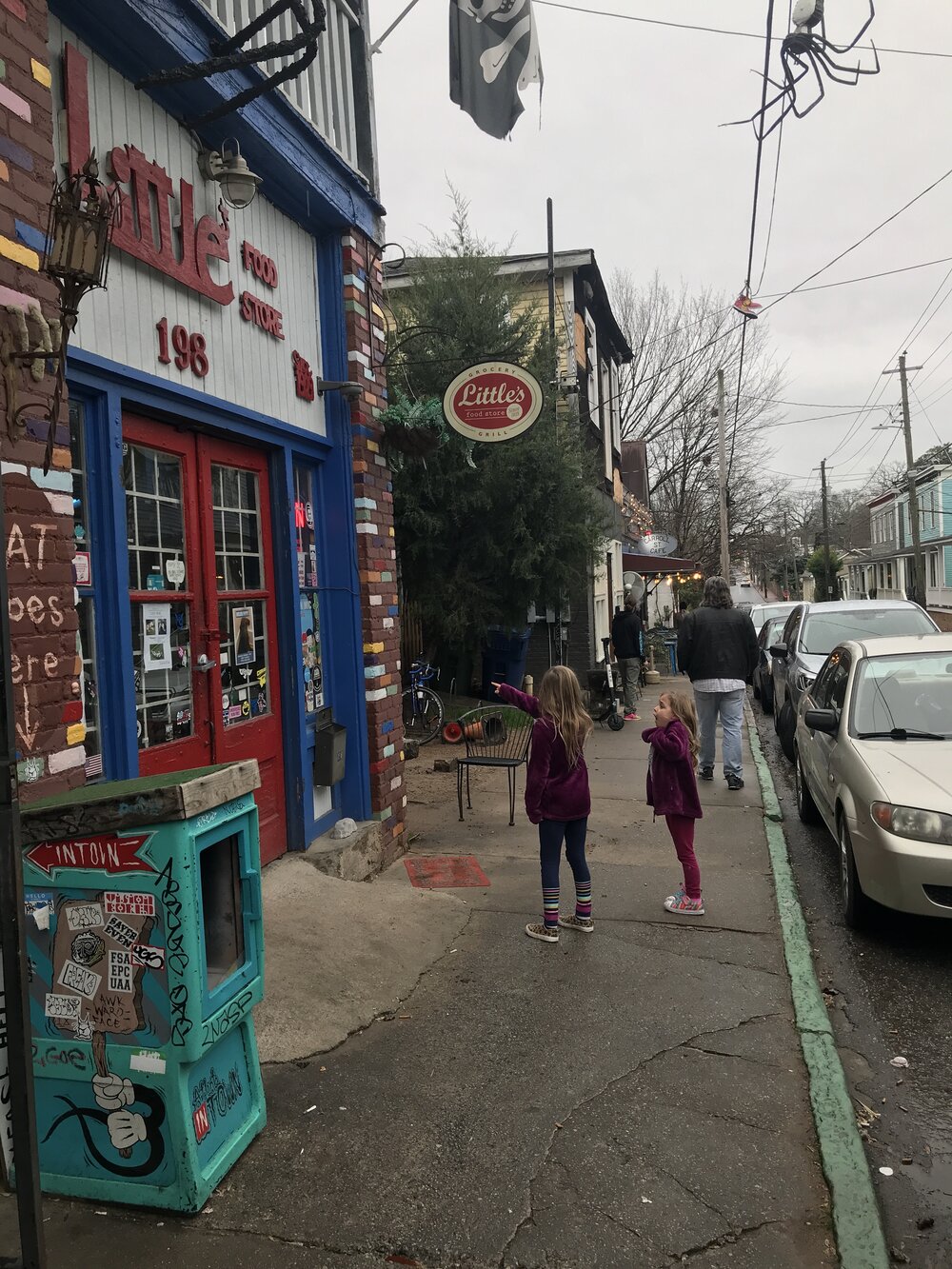 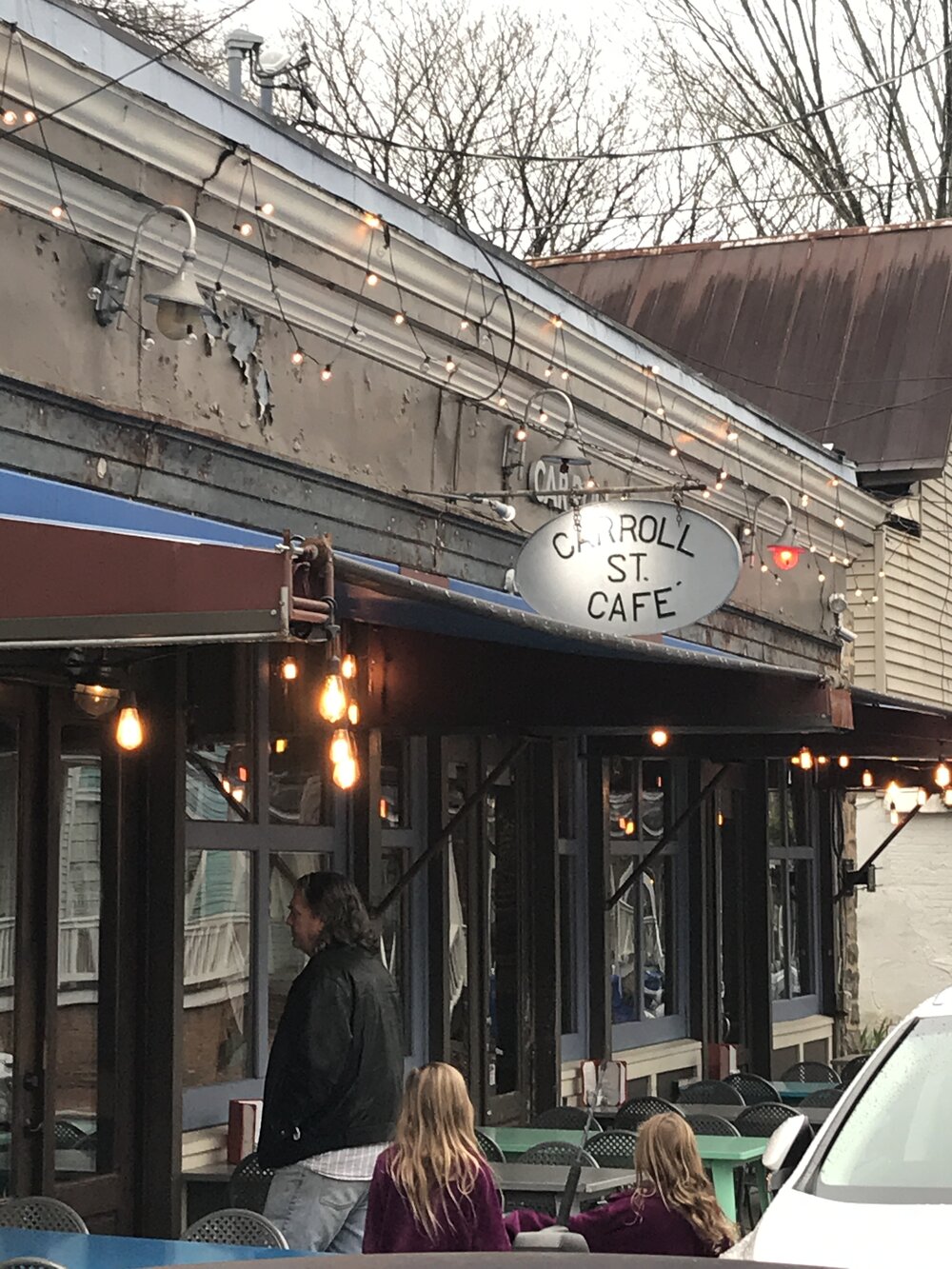 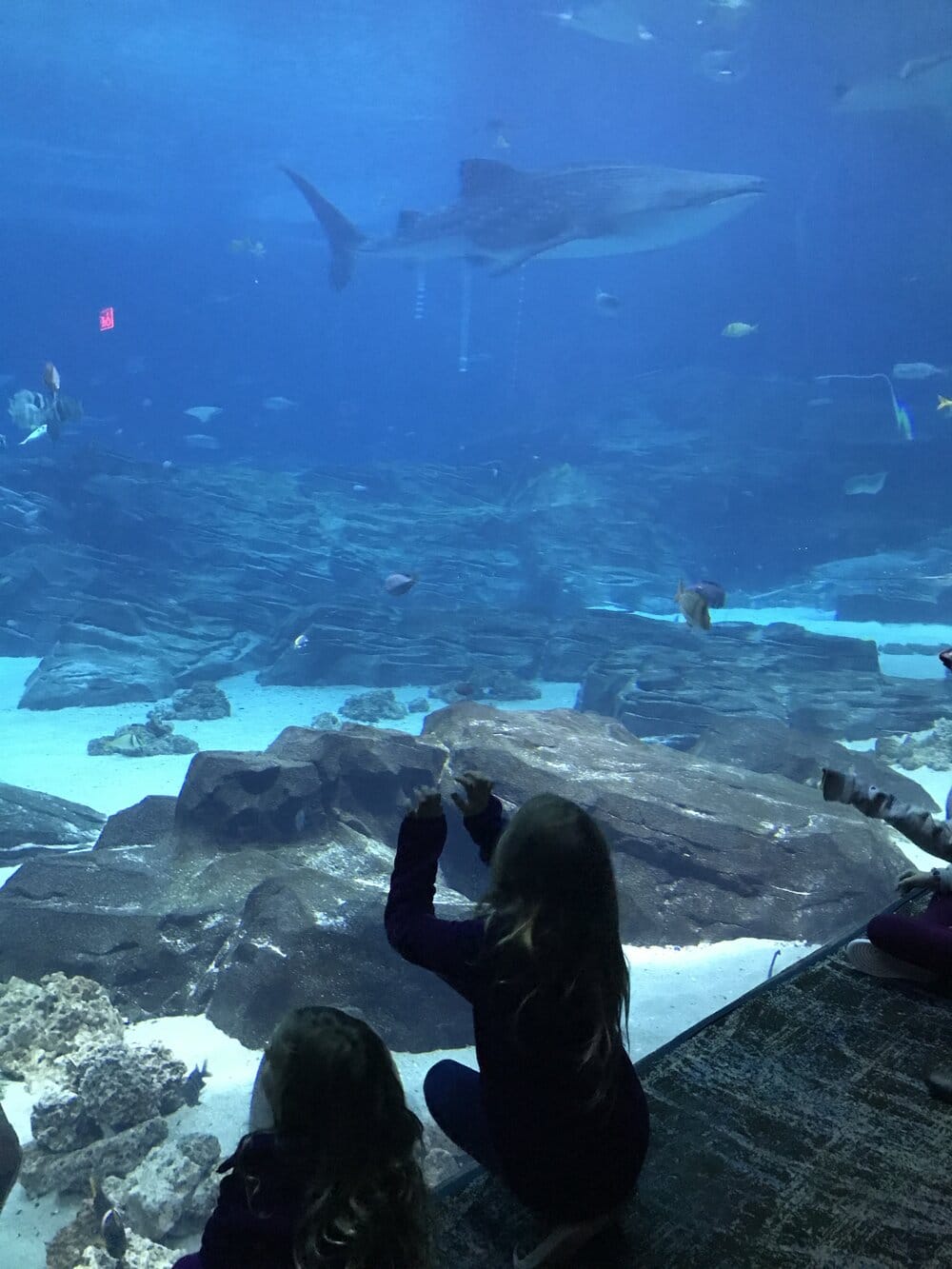 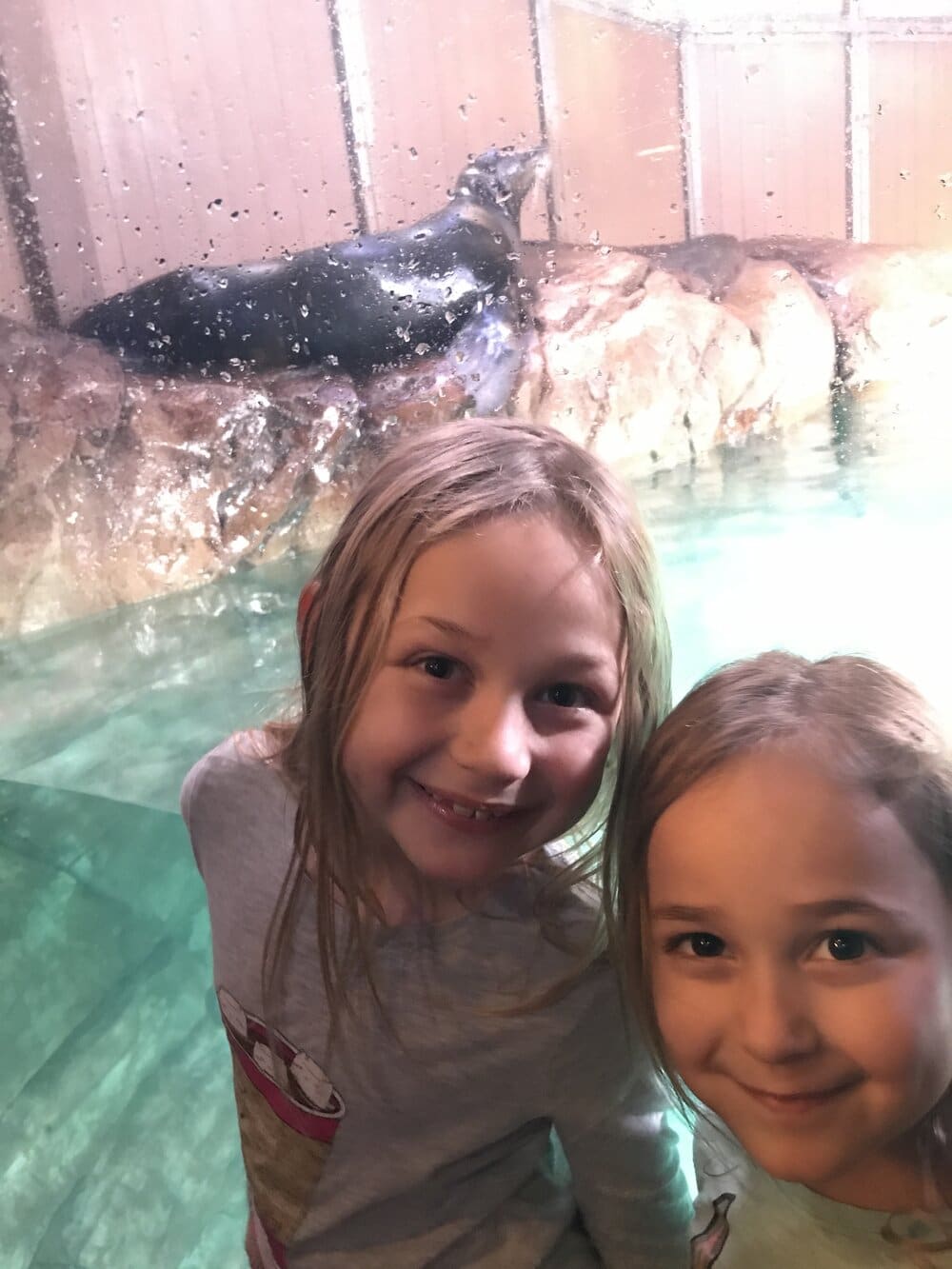 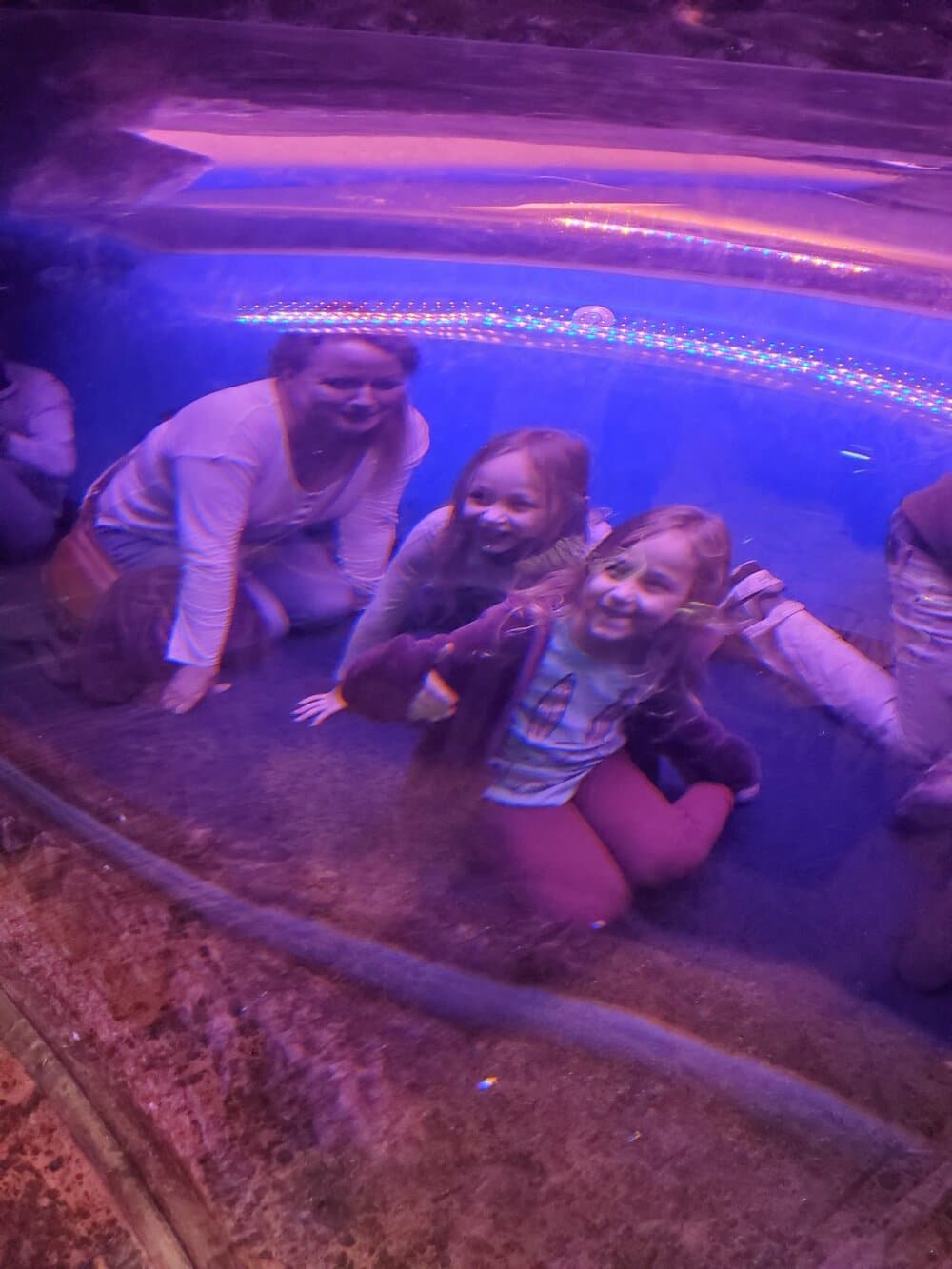 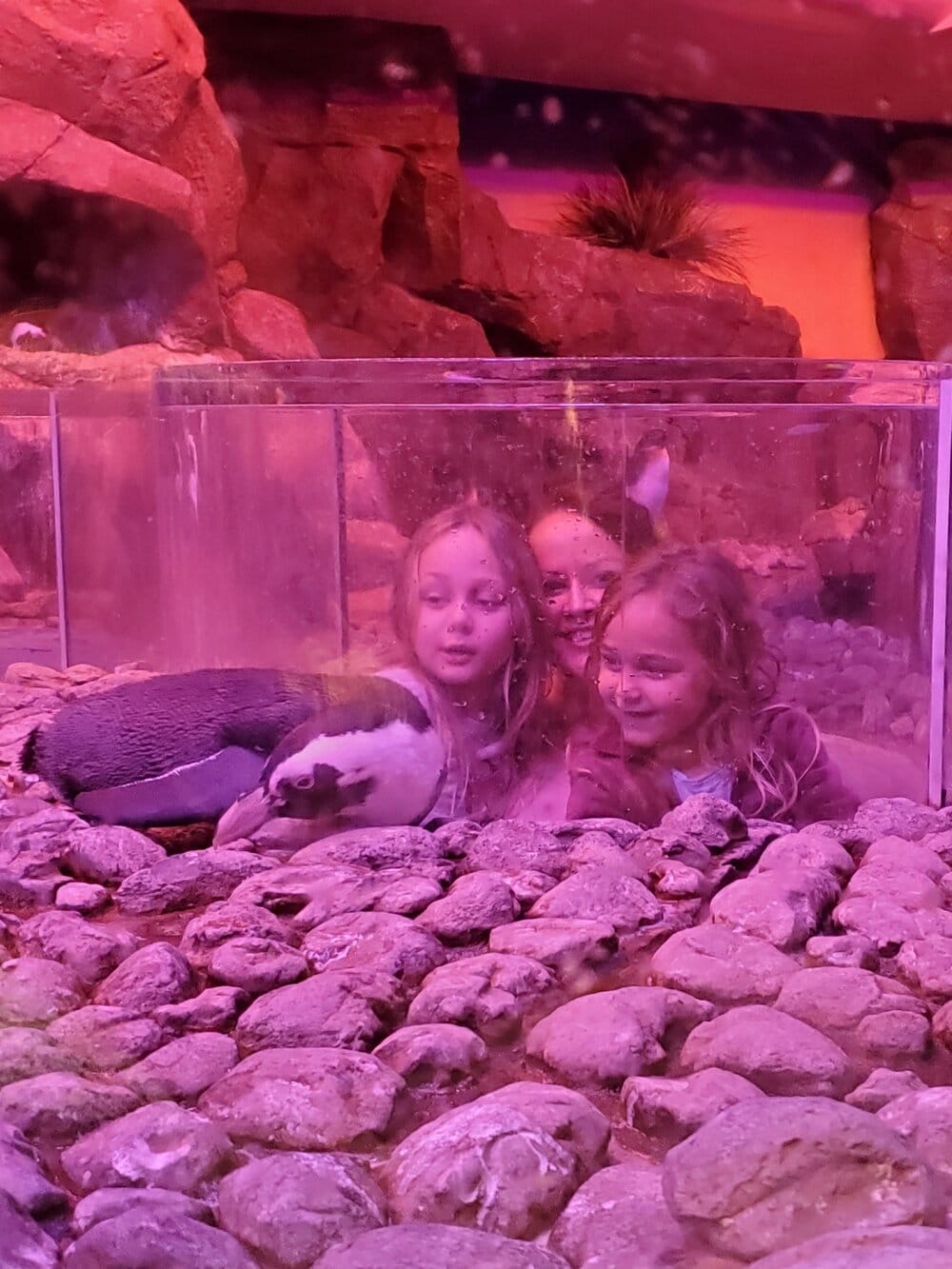 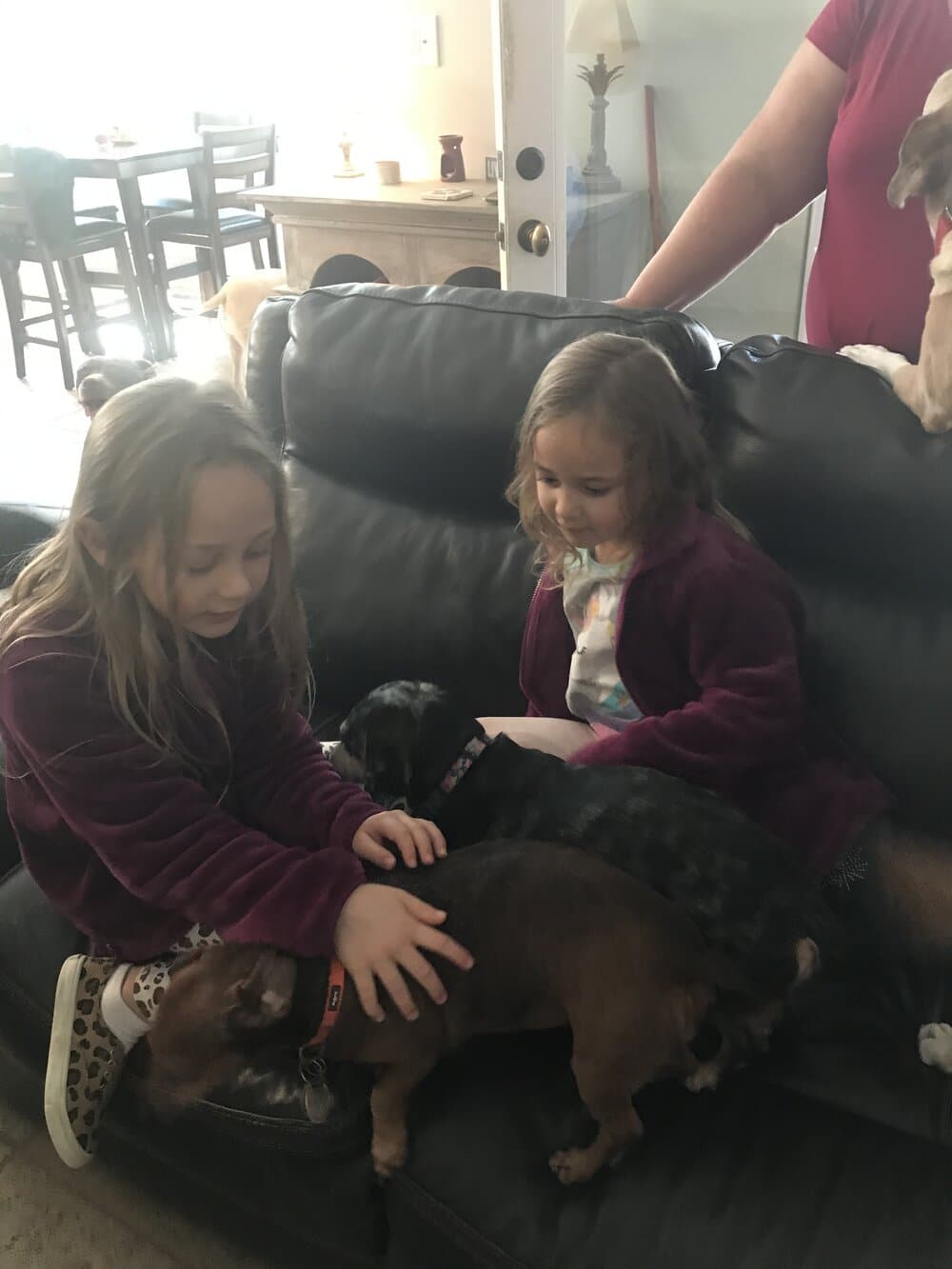 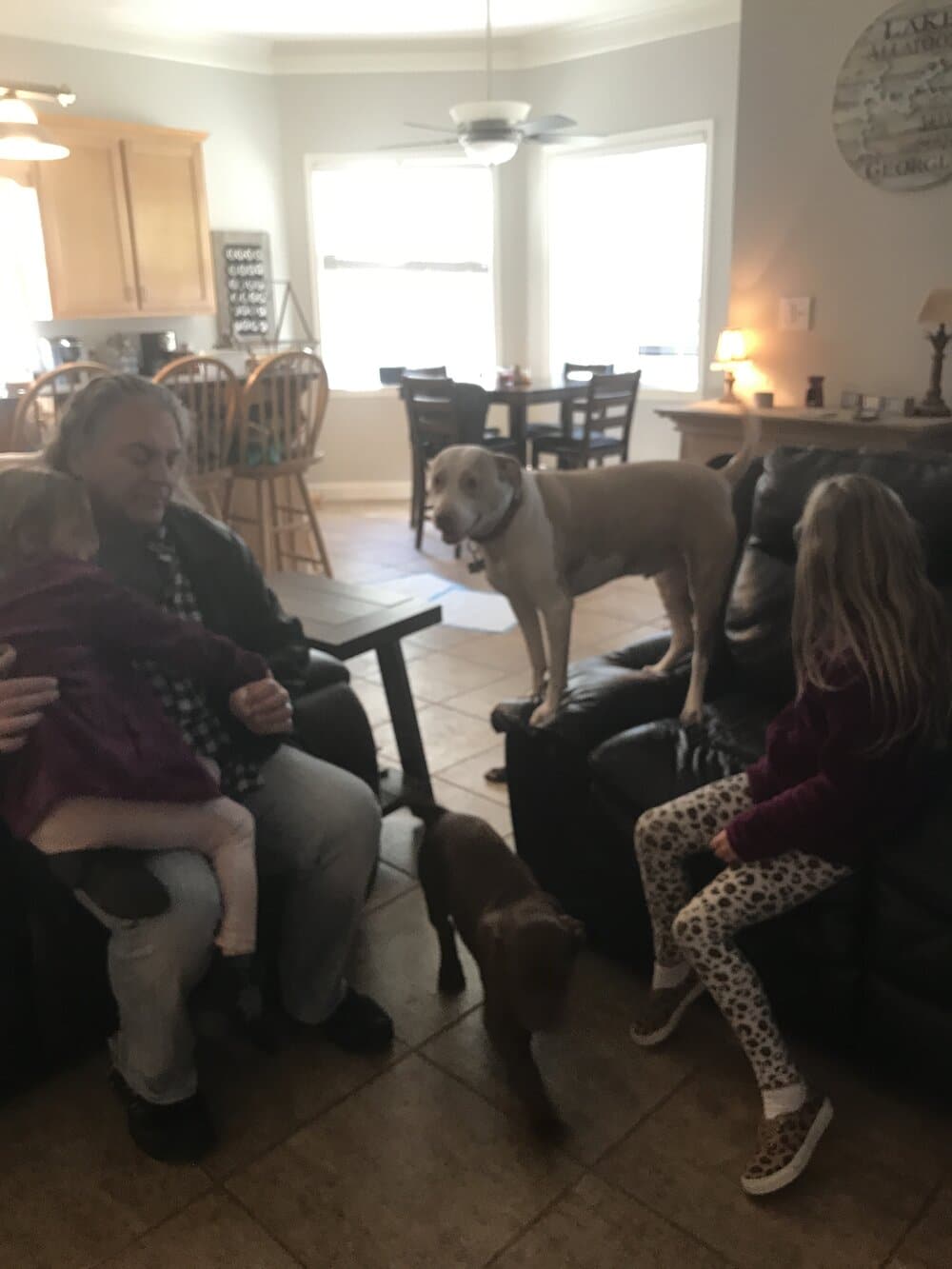 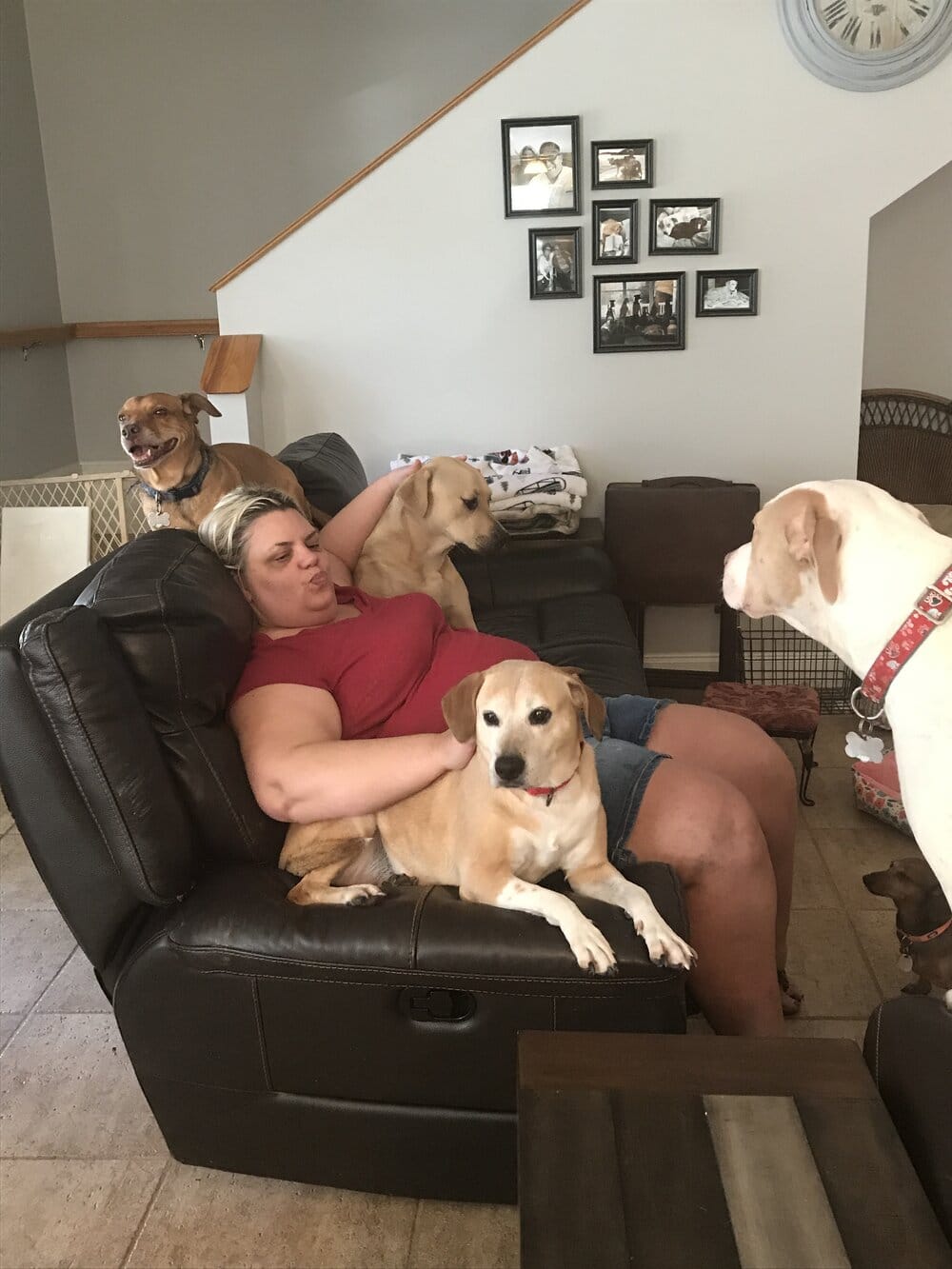 Everyone is so nice in the south. Then we came back home and I went to Costco in Arlington where I was mowed down by several shopping carts. Yeesh. What a difference.